In all of the work that I do I have discovered that there are countless articles published on the Internet where sloppy language is used to express ideas, trouble is we seem to be accepting its use almost universally.
Components of Writing
When we describe anything we do so in one of two way, either by narration or by speech, how we use each component matters greatly. Some years age in a TV interview one writer commented on how he wrote and told the audience we was writing in a new style for a new age and cited that his audience (primarily in their teens and early twenties) wanted this. A while later I found a copy of one of his books in our local book-store and took some time to read, I have to say I was not impressed, but this was largely because it was unclear what was narration and what was speech.
It is permissible to use words like "woz" and "gonna" within speech marks because they show the personal traits of the character within a story but to use them unquoted in the narrative element of the story, in my humble opinion, is not an element of style it is an element of poor understanding.
In thinking about this I asked myself the question, "Are you being so terribly old-fashioned?" My considered response is a categoric "No!"
Just because we live in a modern world does not mean we get rid of the basics. Yet when it comes to poetry there are different rules, where it is permissible to include slang in order to make the poem more topical, there is a need provide a feeling within a few words, which simply does not exist with other forms of writing.
Prose Style 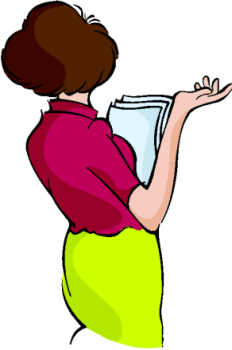 The lady pictured here has style, you can see it by the way that she holds herself, so do the words that we use within any piece of writing.
My reasoned thinking is that while prose style has an almost infinite range of possibilities that offer the writer so many ways in which they can use words to describe any situation, the fact that we have more than a million words in the English Language also means that any concept can be described by a multitude of different approaches, and we can substitute one word for another with consummate ease, and we would be able to modify the style according to the conditions described in the story. Select certain words and they can be more action focused, select other words and they give an element of calmness and it is all about word usage and how we construct sentences specific to the situation at hand.
You may choose to use simple words when talking about a simple dwelling, yet select more refined propositions when describing the country mansion, the words we choose are somewhat akin to the differences of tone used when speaking to another person. The choice of words distinguishes in the same way that tone does and readers respond appropriately
"I am always will learn!"
Or are you? I was looking at the words on a writer from the home of our language, England, a writer who has frequently published material on a pay-for-content website over the past 4 years, she made a comment "I'll never get tired of say how important editing is" it is a pity she failed to edit her comment before posting it, using a word in the wrong context in given her location almost marks the writer out as illiterate (the word is saying, not say) and in the same comment there were a few other indications that she has not improved her use of language all the time she has been writing. This is sloppy writing at its worst.
Anyone can make a mistake, but sloppy writing is as bad as putting localised slang into the narrative element of your writing.
The Time for Bad Language
Language is nothing but expressive and people use all types of mannerisms to voice their feelings and there are many ways that people speak, however when publishing the rule is that such expressions, slang, outbursts, etc. are enclosed in speech marks, the only other place such language is used relates to the words thought by the character, which are not in speech marks but have to be made clear that they are thoughts, by using the words ...she thought, or perhaps using italics to show thoughts throughout the piece.
Recently published by Peter Giblett...