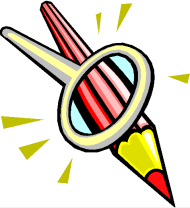 We have come accustomed to it when we write, the red squiggly line that says you had one of those mental moments and spelt it wrong, it is just like the teacher back in school days getting her red pencil out to highlight your errors.
There we have it, problem number one, most spell checking software consider the past tense of spell to be spelled and there is a simple reason for this, they are based on American versions of the dictionary, however in Britain many regional dialects use spelt, but to Americans this is a type of wheat, grown in Europe, so an American uses the word spelled.
As an Englishman living in Canada, during my lifetime I have worked with people from almost every land that speaks the English language, generally I continue to write with my home version of this language rather than adopting a Canadian (or even American) variant. This means choosing to use words like colour, with the "U" included in them, and use "realise" rather than "realize". I am often the first to notice when the spelling checker is wrong and usually reach for my dictionary (and seem to have 3 within arms reach) to confirm this fact, this was how I discovered there to be many problems with spelling checkers, not to mention the fact that there are more than a million words in the English language today and new words are added to the dictionary every day.
Another writer, Marilyn Davies, has written about problems with spelling check software also so I am not alone in talking about this. Many writers turn off spell checking for all applications, which I do not because they are useful in highlighting when I have made a typo and even-though my typing skills are reasonable I do occasionally slip.
Yet one further limitation of spell checking is when you misspell something, yet the error is actually still a correctly spelt word, like using "net" when you intended to use "not", the problem with this type of error is that they are almost impossible to spot because your mind will almost always trick you into thinking that the right word is being used on the page. Believe it or not this is where temporary blindness has assisted me because those dark days caused me to install software that reads text to me and today it is rare for me not to post without having the item read back to me as a part of my quality control routine, which most often finds these errors.
Some problems with spell checkers include:
Nine times out of ten when I am unsure of the spelling I will either Google the attempted spelling or look it up in the dictionary. In all fairness when you know a word but are not sure about the order of the second or third letter then a dictionary search is much more complex, but Google can often find the word you intended.

About the Author
Peter Giblett has spent the majority of his life in business, he has been writing on-line since 2008, has produced web content for many web sites, is a writer and moderator for Wikinut, and writes occasional guest pages on 2 Drops of Ink. Sticks and Stones is intended to be a new source of inspiration for those looking to improve their English.