It is true that a good writer will provide colour through the words, phrases and sentences they create, but could the use of colours to emphasise moods and to distinguish the dialogue when two characters are taking part in a long conversation.
Monochrome 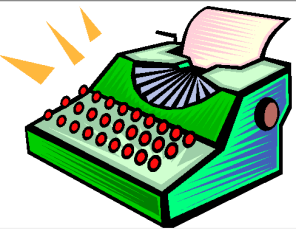 We no longer live in the age of the typewriter which could type text in a maximum of two colours, black and red (superior models only) and as such there is no reason why a writer cannot make use of colours within the body of electronic documents, it is perhaps historical conventions that leaves writers limiting themselves to the limits of black, we can bolden it, underline it, or even italicise it and perhaps use block capitals.
Truth is there is so much more we could do by breaking free of the confines of our automatic choice, black. Through colour it is possible to show moods and emotions, enhance how dialogue is shown, colour adds so many visual clues which can certainly enhance the value of the writing, yet colour is so much more that just the images (which in and of themselves are important).
Moods and emotions 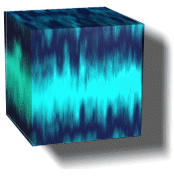 With a wide range of colours available it may be possible to portray emotions more clearly through the use of colours, the classic ones being red for anger or rage and green with envy but these may be problematic for some who suffer colour blindness who see both red and green as the same shade. It was easy to select these colours because they are dictated by common satings, but other settings may be entirely personal, for example I associate the colour purple with pain, yet a friend once described pain as orange, so it is clear that there are no common conventions for the use of colour in order to show moods, emotions and other feelings through the use of written text.
My father once described the concept of love as sky-blue pink, by which I consider as a way to describe a confusing concept (e.g. and infusion of opposites because of the colours normally associated with baby boys and girls) rather than specific use of colour for the concept, in other words he was saying that describing love is complex and full of contradictions.
There are also some practical problems with colour, for example yellow on a white background is almost unreadable, but this colour works well on a black background, so selections must be appropriate for both the page and the mood being described.
In black text we tend to make a statement of anger as one that is both UPPER CASE AND BOLD (which is one of the reasons why you may have been told that it is generally considered rude to send emails in upper case) and certainly redness could enhance the power of such a statement, with BOLD RED UPPER CASE being the extreme of anger.
The only other colour convention to note is the use of blue underlining to indicate that a hyper-link is being used and this is very important from the perspective on on-line material.
Colourful Speech 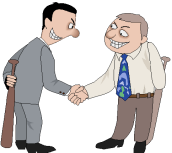 There can be great animosity or great love between two characters, and a lot of the essence of any story is about the colour of the speech used. Of course in part this can mean the expletives used but also relates to the interactions between one person and another, to highlight hidden agendas and detail the thoughts, hopes and dreams of the main players.
We should perhaps consider using colours is in a dialogue. This is for use when there is discussion between Ben and Mary while the friends are travelling together down the long and winding roads. If Ben's words were one colour, say purple, while Mary's words were highlighted in another colour, for example orange, then it would be easier to see who said which words without having to resort to adding "he said" or "she said" to segments of the speech.
There are certainly limits here because it would be very expensive to print physical books in colour, but this could certainly be possible when producing e-books to encompass speaker colours. The default, black, is there to guide readers across the story, is the colour of narrative elements of a story at normal times.
Recent Stories